CWO4 Gerald W. Overall was Ponca City native graduating from Ponca City High Scholl in 1959. He joined the US Navy that same year and joined the Navy because the Air Force recruiter was out to lunch. He spent 30+ years in the US Navy rising up as a Maverick through the ranks from an enlisted man to become a Chief Warrant Officer, spending the majority of his career on Air-Craft Carriers such as the USS Franklin D. Roosevelt, USS Kitty Hawk and the USS Constellation. He also served on airbases such as Beeville Texas and Rota Spain and he spent a couple years off and on in Vietnam in the mid 60’s where he earned a commendation for setting up an air strip and more. In 1989 he earned the Navy Marine Medal, the highest honor for non-combat service, for his role in saving lives on the USS Constellation. His career was very busy and fulfilling. He even rewrote the firefighting manual for the Navy in the 1980’s at one point.

He was a fantastic father, grandfather and great-grandfather. He was a man with incredible patience who would help you get into trouble by letting you have just enough rope to almost hang yourself and then help you clean up the mess afterwards.

He would teach by showing you what to do, then stand back and guide you through what you are working on. He would give advice, but never force his ideas onto you. He would suggest and help guide you, but in the end he knew you had to make your own choices.

And if your choices led to a bad spot he would also help you out of that spot once you admitted your mistake and asked for the help you needed. He would offer help but wait until you took it.

He loved to fish and it gave him great pleasure to spend hours with a fishing pole, just sitting on a shore or out in a boat.

Dad was away allot of the time when we were young kids growing up. But was always a great father.

Dad enjoyed life and would get out as often as he could to do some fishing.

He is survived by

He is predeceased by his son Gerald W. Overall II

A Memorial Service to Celebrate Gerald’s Life will be held in the Sequoia Centre at McCall Gardens, 4665 Falaise Drive, Victoria, BC Canada on Wednesday, September 26, 2018 at 1:30 pm.

Condolences for the family and more information can be found on his Memorial Website at www.gwoverall.com. 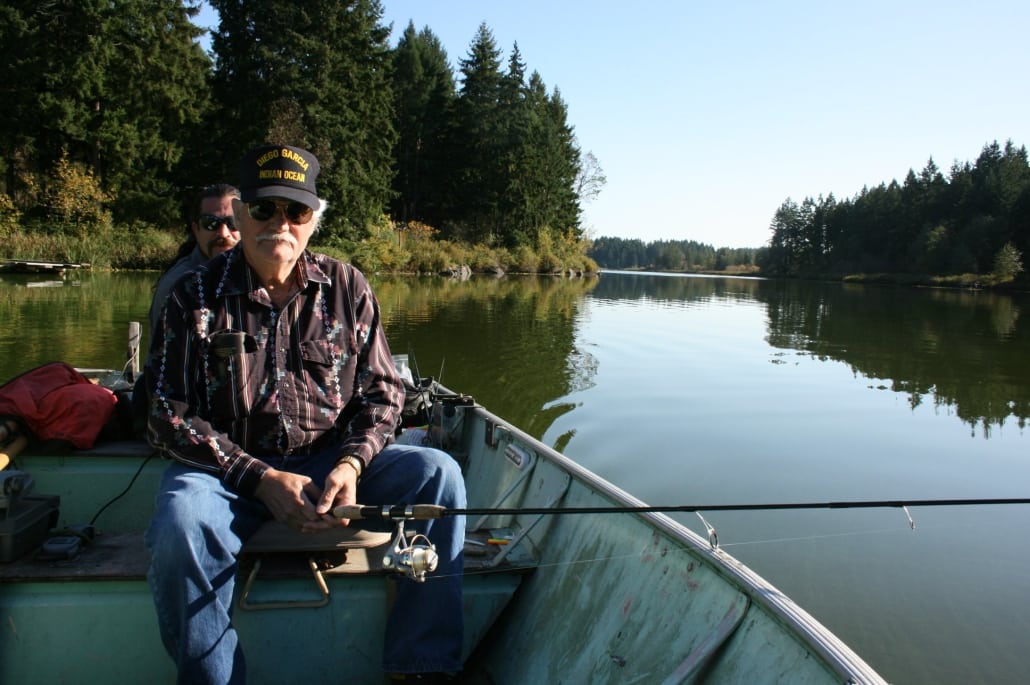 Dad fishing his favourite thing to do.

Want to join the discussion?
Feel free to contribute!